Warning: "continue" targeting switch is equivalent to "break". Did you mean to use "continue 2"? in /nfs/c11/h01/mnt/203266/domains/amfmfest.com/html/wp-content/plugins/seedprod-coming-soon-pro/SeedReduxCore/inc/extensions/customizer/extension_customizer.php on line 474
 120 Days | Q&A With Ted Roach | AMFM Fest 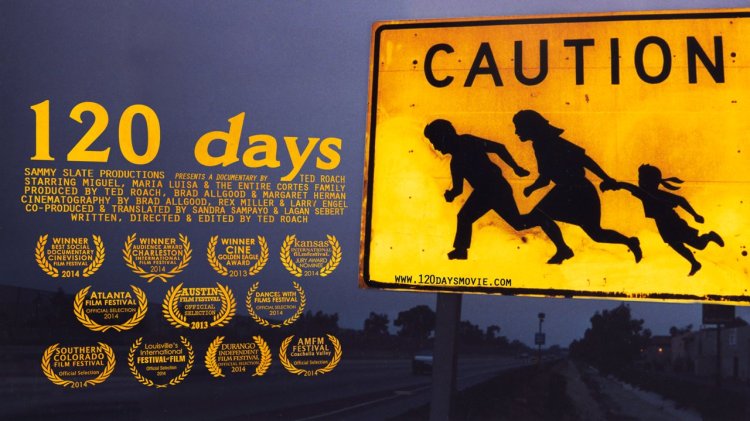 “120 Days” captures an intimate, inside look at the lives of one family of undocumented immigrants who have been living and working in the United States illegally for over twelve years. The father, Miguel Cortes, could be forced to leave the country in four months as a result of his immigration status.  Local police discovered Miguel was in the U.S. illegally after pulling him over without cause (no moving violations were discussed or issued).  They hand-cuffed Miguel for driving without a license, and detained him for ICE deportation processing through the controversial 287(g) agreement, which allows local police to act as immigration enforcers. After paying a $5000 bond, he was released until his pending court date and sentencing, and his fate was decided several weeks later in the North Carolina Immigration Court in Charlotte.  In exchange for Miguel agreeing to leave the country voluntarily, the judge granted Miguel “120 days” to get his affairs in order before leaving his wife, Maria-Luisa, and their two daughters, Yael and Saydrel, in the U.S. to continue their education.  If he follows the agreement, no official deportation will be recorded against him, thus allowing him the possibility of returning legally someday (if he gets his papers, or if U.S. policy changes). This film documents Miguel’s last official “120 days” in the United States, as he works hard, saves his money, and weighs his options about returning to Mexico alone, or changing his name and disappearing into another U.S. city illegally to keep his family together.

Ted Roach is a director, editor & producer who has spent over fifteen years working in the film, television, and digital media industries. His productions have screened in over 30 film festivals, won several awards, and have been broadcast internationally. Most of his recent work has been documentary-based, such as producing and co-editing MTV’s docu-series “Ke$ha: My Crazy Beautiful Life” (2013), and producing/editing three award-winning, broadcast documentaries (“Somay Ku; A Uganda Tennis Story”, “Ecoviews; Three Stories from the Chesapeake Bay”, and “Saving the American Wild Horse”).

As a DC-based, freelance video journalist, Roach also regularly produces web shorts for organizations such as the National Park Service, NOAA, Investigative Reporting Workshop, and the American News Project. These projects have won several CINE Golden Eagles and TIVA-DC Peer Awards, and have competed in several prestigious film festivals. Ted holds an MFA Film degree from American University in Washington DC, where he was awarded the 2011 University Award for Outstanding Graduate Scholarship, and served as the Graduate Commencement Speaker. He also has a BA History from the University of North Carolina at Chapel Hill (1996), and a directing/editing certification from the Los Angeles Film School (2002).