Explore, Connect, and Celebrate the Artistic Community through accessibility to all forms of Art, with events that promote education and stimulate our creative economy, while honoring the diverse artists of today and inspiring the emerging voices of tomorrow.

We want to celebrate the arts and bring community together to laugh, cry, rejoice, relax, have fun, and learn something new. We want people to experience art, music, film and more in a spontaneous environment that isn’t confined to museum walls or other places that require us to keep our voices down.
The artist, musicians, filmmakers and culture makers who are coming together to share their work at AMFM are passionate about the stories they tell and dedicated to sharing them with the world. We applaud their passion and perseverance and want to encourage more of it. We aim to connect art, music, film and culture lovers with carefully curated offerings of creative achievement.
AMFM will establish an arts-based scholarship fund for students in the Coachella Valley through a strategic effort with Coachella Valley Economic Partnership and the Arts, Media and Entertainment Council 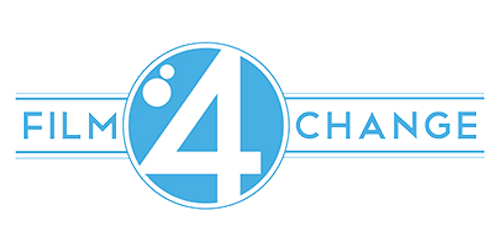 Film4Change is an organization of people who believe that films can change the world.

In 2005, we created the Cancun International Film Festival to bring films and economic impact to an area in need. We worked closely with Government and Tourism to create an event centered on cultural tourism and economic development. Since then, we have worked with filmmakers and non-profits to tell stories with meaning and impact, taught workshops, helped films find distribution and production resources and consulted on projects at various stages from idea to completion.

In 2008, we created the Film4Change Award and presented it to actor/ director/ producer Giancarlo Esposito at the Santa Fe Film Festival. This award recognizes a producer for using the art of film for telling a story of social significance. In 2009, we launched the Albuquerque Film Festival, an industry-focused festival serving the needs of the state and region. We were honored to create this festival with legendary actor/ director/ artist Dennis Hopper and have since dedicated an annual award in his honor.

In 2010, we presented the Film4Change Award to actor/ producer America Ferrera and in 2011, honored two-time Academy Award winning cinematographer Haskell Wexler at the Albuquerque Film Festival. And in 2012, we honored director Alex Cox, the notorious henchman number four for Dennis Hopper.

We actively consult with filmmakers, film festivals and industry executives and distribution representatives to build community and opportunities.

We are a community of storytellers. We bring storytellers and filmmakers together to support, encourage and share the stories that connect us to the world around us and to each other. We believe stories and the filmmakers who reveal them on screen have the ability to shape our world for the better through original voices and visions.

Each year, we bring filmmakers and audiences together along with agents, executives, producer’s reps and film buyers to help facilitate the art and business of story. Last year, legendary cinematographer Haskell Wexler attended the Albuquerque Film Festival as an honored guest, saw a moving film by a young filmmaker, picked up the phone and arranged a meeting for him. La Hora Cero, the first action film shot in Venezuela and a 2011 Albuquerque Film Festival official selection, is now in distribution. This is what we pride ourselves in- connecting kindred spirits and broadening the canvas.

We believe in social profit and leverage our resources to that end. We believe in cooperation and collaboration and recognize that our mission cannot be accomplished without the synergy of shared visionaries. Whether helping a screenwriter understand the craft or introducing filmmakers to finance and distribution resources, all of our efforts ultimately aim to bring audiences to the theater to experience the wonder of humanity. By bringing people together – who are often strangers at the start, but soon become friends, neighbors and engaged participants by the end- we create unique events that build community in support of the power we call story.